Tips for Selecting A Gaming Laptop 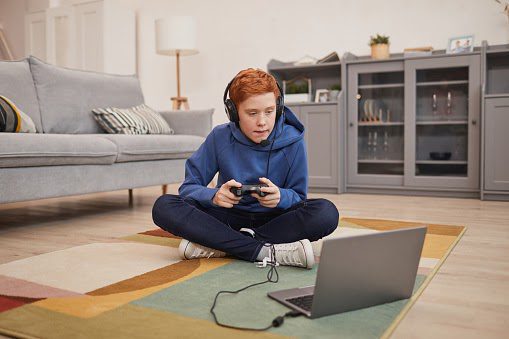 Desktops are highly popular devices among most gamers. Gaming laptops are however taking over the gaming world thanks to their portability, flexibility, and powerful specs. Besides, these laptops also come in a wide range of choices and guarantee gamers an incredible gaming experience. Unknown to most gamers, specs are not everything when it comes to the selection of gaming laptops. The choice should involve the entire device including the keyboard and display built-in.

Choosing a gaming laptop is a highly critical decision that any gamer can make. Besides being costly investments that should last a few years, these laptops are not upgradable. The gamer’s personality, the games they play and the budget play a significant role in the choice of the laptops. There are however many other factors that influence the decision some of which are discussed below:

Gaming laptops come in different sizes which affect the buyer’s decision. Everything about the device depends on its physical footprint which includes its battery life and hardware. The secret lies in going for a laptop size that guarantees an extended battery life, powerful resolution and great GPUs and CPUs. Please visit https://www.razer.com/sg-en/gaming-laptops/razer-blade-stealth to view a wide range of available models.

The GPU which is also known as the graphics card is the heart of the gaming laptop. Besides processing data, it also sends signals to the monitor to ensure visuals are displayed on the screen. The process is highly demanding during gaming which necessitates a discrete GPU with an independent dedicated memory. The memory is referred to as video memory (VRAM). While there is a better mentality concerning gaming PCs, an average gamer should be comfortable with 4GB VRAM which is available among most gaming laptops. Most of these laptops are also designed with Nvidia GPUs but gamers who prefer AMD can customize their systems to meet their preferences.

The central processing unit (CPU) is the laptop’s brain. It delivers signals to the rest of the components in the systems and processes the instructions received from the computer’s software. Therefore, every step that the gamer takes, from framing the rates seen in the games to the response times of the applications and the battery’s life, is impacted by the selected CPU. The clock speed and core count are among the most significant CPU parameters that gamers should put in mind when purchasing a gaming laptop. Overclocking potential is another crucial factor that determines the suitability of the CPU and thus the entire device. The top priority CPU features vary from one gamer to another depending on how they use the laptop, the games they play and their gaming personality. Take time to understand your needs as it will guide you in making the right choice.

Random Access Memory determines the speed with which the machine operates (accessing data on the hard disc where it is stored). A higher RAM allows the laptop to handle more jobs at the same time without slowing down. A storage capacity between 8 and 16 GB is a great start for most gamers. In some cases, the gamer may consider swapping out the hardware to create more space.

Buying a gaming laptop is not an easy task. It requires time, patience, and research for the gamer to make the right decision. The selected laptop should meet both the gamer’s current and future needs to ensure maximum value for their money.