Act Of Aggression Review: Is It A Good Game? 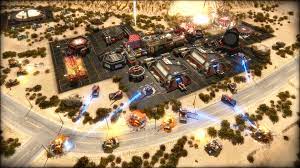 Every gamer and even occasional player enjoys being challenged by a good strategy game, whether it is a new one or a classic. However, it is worth doing a little bit of research prior to getting involved in a new game, in order to ensure that you will be making a wise investment of your valuable time and money. Here, we will provide you with a compelling review of the popular video game Act of Aggression. If you are still hesitant about taking the chance to try this adventure, it is maybe because some love it but some also got enough from it surprisingly quickly. So, read next and we will tell you the pros and cons of this action game.

Pros: A recreation of the war games’ golden era

Developed in the context of a shocking future war, the Act of Aggression focuses on disputing large territories in order to ensure resources and further impose military control. This Real-Time Strategy (RTS) game gives a feeling of an old-school battle, for those experienced players from the 90s. You will be required to gather several resources and supplies values for the combat, another task will be to build your own base, aiming to increase your army so much that you eventually become able to defeat your opposition’s squad. In order for you to succeed at this game, you will need to be willing to endure diverse obstacles and a continuous state of limited resources.

In this game you will be playing in two main areas to carry out the missions, the first one is Chimera, and the second one is the Cartel. The kind of disappointing aspect of these two scenarios, according to many of the users who have played them so far, is that the graphics and background stories do not differentiate themselves from some already existent video games in the market. The general opinion about the sets is that both the scripts and the performance of the characters are below standard, and on top of that, the graphic design could have been done in a much better way. Also, there have been some critical reviews in regards to the stages in each mission, saying that they do not provide so much motivation to keep playing along.

Besides the fee required for the download, one of the important aspects to take into account when considering if this game is a good fit for you is the fact that you could only play it on the Windows operating system. Remember that you can also find other strategy games for iPhone or Android, depending on your needs. For example, you can take the chance to create an account and start playing Politics & War, which is an amazing tactical game and on top of that, you can play it for free. So, the bottom line is: choose the game that results more entertaining for you, while it also fits your particular needs better, there are plenty of available options out there.