Paintings That Create A Mood In the Room

By WritingtrendMay 6, 2022No Comments5 Mins Read 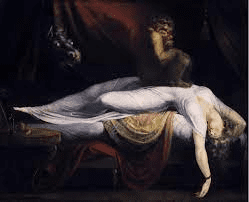 In art, the mood is simply the ambiance in a painting; in colloquial terms, it is the “vibe” of the painting. Art is a powerful means of inciting strong emotions; is the art tranquil and soothing to the senses, or is it sinister and alarming? Viewers can almost immediately tell by paying attention and allowing themselves to feel the atmosphere around the painting.

Although art is intrinsically emotional, the artist may also deliberately paint their work in such a way that generates specific sentimental responses from its audience depending on their intended message. The composition of a painting, i.e., its colors, lighting, overall theme, and even hidden details, can be manipulated to create a unique atmosphere that is palpable enough for audiences to grasp.

Throughout art history, many artists have created iconic pieces that command both the attention and emotions of viewers. In this article, we will look at some gorgeous oil painting reproductions that can transform the atmosphere within any given space.

The Nightmare by Henri Fuseli

As the name implies, Fuseli’s painting is a nightmarish depiction of a woman draped in white, fast asleep with her limp arms sprawled above her head. On top of her sits a sinister-looking creature, an incubus, and the ghoulish head peers through the background curtains.

Based on the painting’s title and the symbolism of the incubus, it has been theorized that in addition to portraying the dreaming woman, the painting also illustrates the content of her nightmare.

At first glance, the painting is frightening and may even compel viewers to recall some of their own nightmares. Everything except the woman is rendered in deep reds and dark tones that fade into a void-like background. The demon’s position atop the woman’s chest also incites an uneasy feeling of suffocation. Fuseli brilliantly utilizes all these elements to emphasize the disturbing mood of his painting.

Disasters Of War by Francesco Goya

Francesco Goya was an iconic painter with a tendency to observe and record his surroundings. For example, he documented the Napoleonic invasion of Spain in 1808 with his art, using it to critique the socio-political turmoil that happened in Spain during the Peninsula War, birthing his Disasters of War paintings.

The series features macabre illustrations of the effects of war on both a state and its people and the devastating aftermath. In one of the paintings, we see some French soldiers aiming their guns at a Spaniard who has his hands raised in surrender, resigning to the sad fate that awaits him. A pile of bloodied corpses lies at his feet, and to his left, other Spanish rebels cover their eyes, unable to watch the execution awaiting them.

The violent depictions create a chilling atmosphere that commands the audience to pause and ponder the inherent message, inspiring befitting conversations in any room.

The mood of a painting can be significantly influenced by its colors. For example, the color blue is widely perceived as a depressing tone; individuals often describe themselves as “feeling blue” when they feel under the weather. This is also true of many famous portrait paintings in art history, as artists often use blue in paintings intended to be gloomy. One of such artists is the famous Pablo Picasso, who produced several paintings in overt blues, referred to as his Blue Period.

Picasso’s 3-year Blue Period was inspired by the suicide of his closest friend Carles Casagemas. The artist admitted this in his statement, “It was thinking about Casagemas that got me started painting in blue .” It is also believed that Picasso wore only clothes during this time.

The blue paintings depict society’s destitute, like paupers and prostitutes. The color was chosen to portray the individuals in a cold and hopeless state, intensifying their misery. Notable paintings from this period include The Old Guitarist and La Vie.

Lovers In The Snow Under An Umbrella by Suzuki Harunobu

There is something about romance that appeals to our sense of belonging; it either compels people to recall memories of their beloved or fantasize about the possibility of finding love in their future. Artists take advantage of this fact with romantic paintings illustrated to reflect passion, charm, or enchantment.

Harunobu’s portrait is done in the popular ukiyo-e print style. It depicts two lovers strolling in the snow and sharing an umbrella. The couple wears coordinated outfits of white and black and smiles at each other as they walk, displaying how smitten they are with each other.

Harunobu captures the intimacy between lovers with this piece of sharp outlines and flat colors, which instantly channels a serene mood of romance that thrives despite the chilly snowscape.

The French painter Claude Monet is famous for his series of serene water lily paintings inspired by the pond in his Giverny home. Monet produced about 250 of these paintings during his lifetime, which served as the focal point of his artistry in the last thirty years of his life.

Monet was a Plein Air painter meaning he specialized in depicting open-air landscapes. In addition to the alluring waterlilies, many paintings also feature a serene pond as a backdrop and a warm reflection of sunlight.

Although the visual effect of the paintings themselves is enough to give off a sense of calmness, Monet exploited cool tones like warm yellows, rosy pinks, light blues, and greens. These were chosen to inspire a soothing and relaxing atmosphere that reflected how his Giverny garden made him feel.

A room can be transformed by a painting that stirs the right emotions in its viewers because paintings have their way of sucking people in. Accordingly, audiences can feel and relate to the colors and brushstrokes personally. Since art is capable of this magnitude of inspiration, care should be taken when selecting the kind of artwork we decorate our walls with.

How To Protect Your Fruit And Vegetable Garden In The Winter

How To Use a Pocket Folder To Stay Organized at Work

How To Make A Wooden Fingerboard: 6 Easy Steps

The word health can be a broad one. Health can refer to a myriad of…

Ways Crypto Currency Will Change Your Life as a Character.