Where The Hell Are My ITIL Processes? 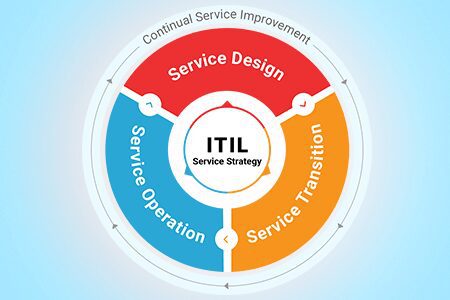 ITIL has always been the framework of choice for those who seek to provide superior IT services to their consumers. We’ve seen numerous new techniques and methodologies like Agile, DevOps, and so on emerge in the previous decade. Many firms today are still using ITIL’s established procedures, but they are also looking to incorporate agile ideas into their processes to better prepare for the challenges of the future.

There were so many new approaches emerging at the time of ITIL’s last update that it would have been ludicrous to simply merge them all into decades of established processes and principles. For as far as I can remember, the problem with ITIL over the past few years has never been its irrelevance but rather its lack of completeness or comprehensiveness.

If ITIL is to remain relevant, it must adapt to the changing landscape of business practises. ITIL4 intends to do this. Agile and other popular approaches may now be integrated into ITIL4 without sacrificing the sturdy structure and excellent reputation it has built up over the past 30 years.

That’s one of the great things about ITIL4: It admits that the IT world is now more complicated than ever before, and that complexity will only rise over time. When it comes to recommending ways of working, ITIL4 has to be a little more flexible. Keeping management techniques as a pool of guidance that can be dipped into while focused on value delivery is accomplished through inventiveness.

The Service Value System’s layers and components handle this in an intriguing and beneficial manner. The established and resilient ITIL procedures are still there, but they are now available to be relied upon when needed by a specific value-focused activity. We don’t have to worry about the organization’s ability to perform such processes and practises for the time being.

In this way, the value debate may be decluttered and simplified while yet preserving all of the necessary components for value delivery.

This is the basic architectural representation of ITIL4’s service value system, which tries to connect market demand or opportunity with the value that is given in the end by meeting that demand.

Advice for a smooth transition to ITIL

Identifying the most critical ITIL processes can aid businesses in determining which ones require immediate attention.

Recognize that ITIL is a concept and not a final destination.

To begin with, it’s important to recognise that ITIL isn’t always apparent to the general public. ITIL is often viewed as a way to cut costs and better cater your IT services to the specific demands of your customers, and this is even mentioned explicitly in the ITIL manuals. This may be true, but it is also a myth. ITIL is nothing more than a theoretical framework based on industry best practices and best practices from other industries. Best practices or good practises implying that individuals do things exactly as mentioned in the qualification.

Consider the situation from a real-world perspective.

There’s no evidence to back up the notion of ITIL. Instead of using the ITIL idea straight away, it’s best to start with a specific problem or improvement within the organisation. Adopting ITIL comes with the risk of being drawn into a world of paper by Sprintzeal. Getting a certain report or priority matrix to add up is all they seem to care about. As a result, the persons for whom we are planning services find the process overwhelming.

Make sure personnel know what to do.

It’s important considering the ITIL theory you provide to which employee because ITIL appears to have gotten more academic and in-depth and now includes outlines strategic processes. Sending each employee to an ITIL Foundation course could have been beneficial with ITIL v2. However, with ITIL 2011, I advise you to tailor the ITIL DPI training materials to each individual employee. Consider the importance of each ITIL component for each person and tailor the training to meet those needs.

There are about 40 procedures, functions, and phases that must be completed in the correct order. One thing I’ve learned is that if procedures at the level below still aren’t in order, it’s pointless to adopt a process from a higher level.

Don’t put too much faith in your own judgment.

When assessing your own maturity, be honest and critical of yourself. I’ve found that an organization’s or department’s lofty goals frequently obscure what has to be done initially. Change management or incident management are two examples of procedures where my colleagues and I have found that many firms are still capable of far more. Preserving the focus on the existing procedures is the best course of action in this situation.

Prioritize and keep in mind that just because a procedure is low on the priority list doesn’t imply it isn’t significant.

There may be other procedures that are initially thought more vital than those that are lower on your priority list, which doesn’t indicate that they are any less important. Despite being low on your list of priorities, a procedure like service catalogue management may be really beneficial. It’s not that service catalogues aren’t vital, but that they’re often neglected until after the more crucial incident and change management procedures have been developed as mature ITIL processes.