What Are the Main Differences Between Bitcoin and Ethereum? 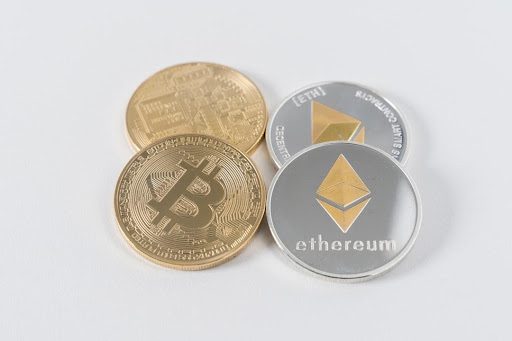 Bitcoin and Ethereum are the most popular currencies in the world of cryptocurrency investing. Ethereum, from the Ethereum blockchain, is the most hyped digital currency after Bitcoin.

Ethereum is the second-largest cryptocurrency that shares a lot of similarities with Bitcoin. For instance, they are both digital currencies that are traded through online exchanges.

Then they are stored in different cryptocurrency wallets. This means that neither gets regulated by the central bank. They both use a distributed ledger blockchain technology.

However, there are also a few differences between Bitcoin and Ethereum. Read on to find out what they are.

Bitcoin got introduced as a novel idea in January 2009 by a mysterious person named Santoshi Nakamoto. The key was to offer a digital currency that can be secured without any authority. This was significantly different compared to trading government-issued currencies.

You cannot get physical bitcoins. The balances are associated with a cryptographically secured public ledger. Even though this was not the first cryptocurrency to come out and wow the world, Bitcoin got the most hype.

Its success from the early days has named it a predecessor to all cryptocurrencies. When a new cryptocurrency gets developed, people will always fondly compare it to Bitcoin.

The concept of virtual currencies that are decentralized has gained a lot of traction. Even government bodies and financial regulators are realizing the power of cryptocurrency.

Ethereum was launched in 2015 as the most open-ended and well-established decentralized platform. It deploys decentralized apps and smart contracts. Then it can be run and built without any control, interference, or fraud from third parties.

Ethereum is popular and engaging because it has its own programming language. This runs on blockchain technology so that developers can run distributed applications.

Most people use Ethereum as a digital currency to make payments or use as collateral. If you want to learn more and invest in Ethereum, check out Ethereum price data.

Even though both Ethereum’s and Bitcoin’s blockchain network is powered by cryptography and distributed ledgers, they still have many differences. For instance, the Ethereum blockchain network’s transactions can have executable code.

Bitcoin’s transactions are typically for just keeping notes. When people think about “crypto,” Bitcoin jumps out in their minds first. This is the difference between Bitcoin and Ethereum’s brands. An elderly relative who has no interest or involvement in cryptocurrency trading would have heard about Bitcoin.

But several people are unsure about what Ethereum is. Bitcoin’s technology is also exceptional. It makes it challenging to be tampered with or stolen.

This is because all the machines in the decentralized network need to sign off their approval for any transactions. This means that the crypto owner or payee is the rightful owner of the digital coin.

Bitcoin and Ethereum can be traded in the open market. You can either lend computing power to the blockchain network for “mining” or get paid in Bitcoin for letting your machine get used, which is called harvesting. After Bitcoin’s release, Ethereum gained a lot of momentum.

However, many investors are hoping to use it as more than just a currency. With decentralized applications (Dapps) and smart contracts, Ethereum understood that they require a single currency. Then their platform will be trusted in line with all the protocols.

This birthed the Ethereum Foundation. This is a regulatory body that oversees all activities involving Ethereum. However, there can not be any independent protocol changes to create more of the currency.

Ethereum is also mined the same way as Bitcoin. However, the critical difference is that Ethereum miners can charge some money for confirming transactions. Unlike with Bitcoin, there is also no limit to how much Ethereum can be released into the blockchain network.

The amount of Bitcoin is kept low to ensure that the price remains high. Finally, Bitcoin cannot be a recognized currency on the Ethereum blockchain platform.

Bitcoin and Ethereum are both exceptional digital currencies that can be traded freely. Anyone who invests in either should be significantly happy with their performance.

In terms of protocols, Bitcoin and Ethereum operate separately. Their processes are unrelated to each other. This means that some transactions can be allowed on a platform while others are not. Ethereum should theoretically not compete with Bitcoin.

But one has more popularity than another, which leads to competition. Even though Bitcoin is preferred by more cryptocurrency investors, we cannot ignore that Ethereum’s ecosystem is still much smaller.

In the future, Ethereum is set to grow significantly as more people search for alternatives to Bitcoin and other currencies.

How to Speculate Performance?

If you want to speculate the valuations of cryptocurrencies like Ethereum and Bitcoin, you need to ask critical questions. Think about how people use each coin and if they are both widely accepted everywhere.

If only one currency like Bitcoin is embraced, but Ethereum is not, how long will it take for it to catch up? Then go through both their historical data to learn more. This way, you can understand why Bitcoin has held a higher valuation than Ethereum.

The world of cryptocurrency investing has always been volatile and will remain so. It is always challenging to predict which investments will pay out the most. But it is worth diversifying your portfolio with both Bitcoin and Ethereum to buy bitcoin easily from a secure platform.

Now that you know the key differences between Bitcoin and Ethereum, you should start buying both. They are both excellent financial tools. Even though cryptocurrency investing is highly volatile, many people still prefer to invest in Bitcoin and Ethereum because of their stellar reputation.

Always do your research to learn about different types of cryptocurrencies. Then you can become a successful cryptocurrency investor with your own knowledge instead of relying on advice from friends or news publications.

If you enjoyed reading this blockchain network guide, check out some of our other posts for more information.

If you’re looking to detox from alcohol, whether it be for personal or professional reasons,…