What Are the Armed Forces?

By WritingtrendAugust 26, 2021No Comments5 Mins Read 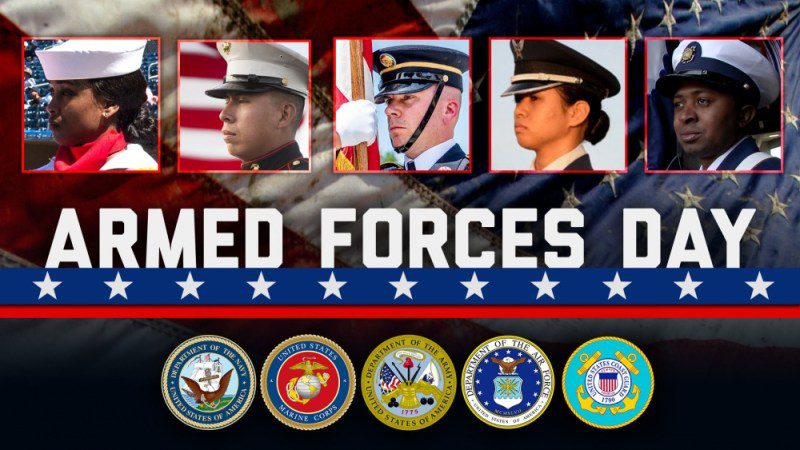 Did you know that the U.S. Armed Forces is the biggest employer in the world, with more than 2.1 million (and counting) civilian and military personnel? They also have another 1.1 million in the National Guard and Reserve forces. AND more than 2 million military retirees and their families receive benefits from the United States government.

Those are some impressive figures. But what do you actually know about the Armed Forces except that they always seem to be recruiting? In this article, we have rounded up the basics of the various branches and functions of the Armed Forces, so keep reading!

What Is the Armed Forces?

Like every country in the world, the United States takes protecting its borders and citizens very seriously. They do this by hiring and training millions of military personnel to protect their interests.

The U.S. Armed Forces have to be the most powerful and well-funded military in the world! The United States is estimated to have spent $934 billion on its military in the period from October 1st, 2020 to September 30th, 2021. That’s the second-largest item after the federal budget. And it’s larger than the spending for the next 8 countries combined.

There are many reasons why the United States is the most powerful nation in the world and their military definitely has to be part of it. In fact, the U.S. Armed Forces are spread across 100 countries in the world, including, United Kingdom, Germany, Italy, Bahrain, Brazil, South Korea, Australia, Afghanistan, Iraq, and Japan.

There are 3 general categories of military personnel to keep in mind:

As you can see, there is a lot to know about the U.S. Armed Forces and their setup.

Who Runs the Armed Forces?

This is where things get interesting. The President of the United States is the Commander-In-Chief of the U.S. Military and is responsible for ALL final decisions.

In addition, the secretary of the Department of Defense (DoD) is control of the military and each branch (we will speak more about them below), except for the Coast Guard. They are under the Department of Homeland Security.

What Are the Various Branches of the Armed Forces?

There are 6 major branches of the U.S. Armed Forces you need to know about. We will go through them in detail below.

This is the nation’s source of airpower and space power, as they fly planes, helicopters, and military satellites. It was part of the Army until 1947 when it got made into its own branch. They fight using fighter planes and bombers.

This is the newest branch of the military and was signed into law in December 2019. They are still in development and all decisions about recruitment, uniforms, and basing are still in progress.

The main job of the Navy is to secure and protect the oceans of the world, making the seas safe for travel and trade. They do this primarily through the sea, but also by air and land. They use all sorts of battleships, including destroyers, aircraft carriers, and submarines.

The U.S. Navy is much larger than any other navy in the world. It is armed with 10 of the 20 aircraft carriers in the world.

They are the first ‘boots on the ground’ and are usually the first tactical unit to fight by sea or land. They are also known as the country’s ‘rapid-reaction force’. They are definitely the most fierce warriors in all the U.S. Armed Forces.

They work closely with the Army, Navy, and Air Force. They win battles swiftly and aggressively in times of war and crisis.

Design a Coin as a Symbol of the Armed Forces

Create unique Military Challenge Coins to do justice to the bravery and dedication of the millions of military personnel who dedicate their lives to protecting the citizens of the United States. In this day and age, where there are a variety of opinions on whether the U.S. Armed Forces are a justified expense or not, there aren’t many ways to show your trust and faith in the Armed Forces.

Get a designer to create a coin that exhibits the gravitas, weight, and quality that you wish to display.

The U.S. Armed Forces Is an Institution on Its Own

There’s probably not a single person on the planet who isn’t aware of the power and determination displayed by the U.S. Armed Forces and their military personnel. They are definitely an institution on their own. Nothing and no one can beat them at their own game.

That’s why it’s important as a citizen of the world (and definitely of the United States) to know what they are all about. These dedicated servicemen and servicewomen are serving the nation to the utmost of their ability. It should be acknowledged and commended.

Want to learn more about other interesting topics? Check out related articles on our website and keep growing.

What Can MOLLE Shell Holder Do

Undoubtedly, you want the best for yourself and your family. Yet, drug abuse can expose…