The Return of Oral Peptides 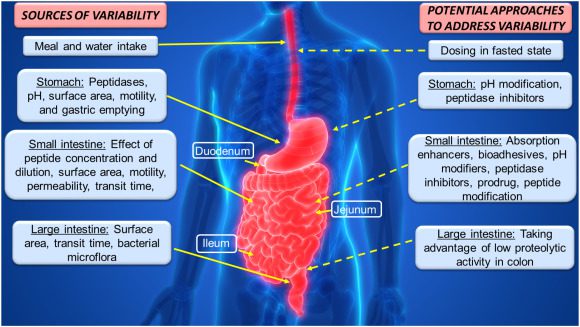 During the 1990s, pharma took a step back after the initial hoopla and subsequent clinical failure of oral protein formulations. In advanced clinical studies, specific oral peptides are showing promising results. It’s hard to say, though, what the true potential of the field is.

Therapeutic peptides are more potent and effective than standard organic small molecules because of their great potency and specificity in binding to cell surfaces and the fact that they have fewer adverse effects. However, the vast majority of contemporary treatments are administered intravenously. Why? In the 1990s, there was a significant but unrelenting investment in developing a novel peptide and a non-injection method of administration in the same formulation. Pharmaceutical developers are more likely to contemplate a non-injected formulation for established peptides and proteins. Due to the limitations imposed by this strategy, oral peptide formulation scientists can only deal with a small number of commercially available peptides, all of which were initially developed by medicinal chemists for intravenous use. In the treatment of diabetes, insulin and GLP-1 analogs are among the most important examples. Poor start, with lost opportunity to exploit new chemical techniques for oral administration peptide selections.

Proteins and peptides are broken down and digested in the upper gastrointestinal tract. If we encapsulate our peptides in enteric-coated tablets or capsules, we can ensure that they can pass through the stomach safely. However, we still need to manage the pancreatic and brush-border enzymes (proteases) and the permeability of the intestinal epithelium. A dosage form containing the peptide of interest, an enzyme inhibitor, and a permeability enhancer may accomplish both objectives. To produce significant concentration gradients at the actual absorption site, the goal is to co-release all three components near the gut wall. More than a dozen technologies are already using composite formulations in clinical studies.

Nanoparticle-based constructs in which peptides of interest are stabilized by hydrophilic neutral or negatively charged (anionic) coatings may also be used to distribute nanoparticles near the epithelial surface, allowing them to penetrate mucus and reach the epithelial surface. For example, polymeric-coated tablets or capsules may be used to distribute these nanoparticles. No agreement has been reached on whether the peptide should be released before or after the nanocarriers are taken up by epithelial cells in nanocarrier systems, well-established permeation enhancers. Nanoparticle absorption in vivo through the small intestine is neither noticeable nor adequate. Even while the nanoparticle technique is elegant, it is also complicated, and many of the constructions are still in the early stages of a clinical trial.

For oral delivery of peptides, additional challenges must be overcome, such as primary care variation in not only the underlying disease conditions of patients but also dilution and gastric emptying as well as intestinal transit time and regional luminal pH and formulation interactions with intestinal contents, including mucus.

Additionally, pharmaceutical firms tend to confine oral peptide research to a few proven formulation components, which is logical given the existing regulatory frameworks, further complicating the problems already mentioned. Non-active substances (also known as excipients) and elements designated as food-grade in the formulation are particularly appealing. If you are a researcher interested in further studying the potential of developing oral administration routes for peptides, then you can find oral peptides for sale online.

What is the difference between PRP and PRF treatment?

These Dental Supplies Will Change Your Practice!