Vitiligo is a skin condition that causes loss of pigment cells in the skin. If you have seen someone with pale or patchy skin, it is likely that he/she suffers from vitiligo. Initially, people confused vitiligo with leprosy. The confusion raised the question, “is vitiligo contagious”. Talk to an online doctor regarding any conditions you may face.

The patchy skin usually seen on the hands, face, neck, and skin creases. Vitiligo affects people differently. A few people get a few spots on the skin while others experience bigger white patches. 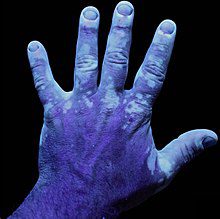 The progression of vitiligo contagious follows the following chronology order:

Sometimes, the patches do not appear flaky but do cause itching. Itches are usually felt in the following areas:

The issue with vitiligo is that one may never know where, how, or when one gets it. Due to its untraceability, vitiligo is a tedious disease to research on. However, if left untreated, vitiligo can spread to other parts of the body. The common causes of vitiligo are:

Now that we have understood what vitiligo is, its symptoms are and its causes are, we are in a better position to answer “is vitiligo contagious”. No, vitiligo is not contagious but it is a stressful disease.

One suffering from vitiligo may undergo mental setbacks due to the social stigma of the condition. The problem with vitiligo is not that it is life-threatening, but the way it may affect a person’s mental well-being, self-esteem, and interpersonal relationships.

Most Popular Reasons Why Students Are Choosing Pharmacy As A Career

Huawei Band 6: Give You the Best Health Care

What Is Aggregate Spend (HCP) And How Does It Work in Practice?

5 Tips for Your Melatonin Dosage