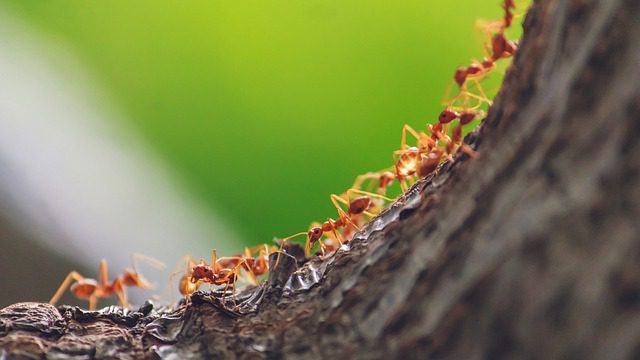 In the pandemic, So many bored people think different silly things like how many ants are in the world in 2020.

How many Ants are in the World

According to biologists and myrmecologists who get paid to study ants estimate that there is 1 quadrillion (1000000000000000) are on this planet earth, that’s the 1 following with 15 zeros. If you can’t imagine it is 1 million billion ants on the planet earth. That’s so many ants. If you have a question that how many ants are in the world per person there are almost 50 ants per square meter of the earth which means ants outnumber people 2000 to 1.

If you ever wondered what is the total weight of ants on earth While we are counting and throwing numbers like million billion trillions and quadrillion. What’s more, assuming that we look at an insect is one-millionth of the size of a human. They are rather small in size but the total weight of ants (that are almost 1 quadrillion) is equal to all humans on the earth (that are almost 7.8 billion).

This picture was taken from (Unexco.com)

Did you know there are many queens in every average colony of ants?  An average colony contains 100000 to 500000 worker ants and up to several hundred winged forms and queens. An average queen lives 7 years or more, while the tiny ant worker lives only 5 weeks, although they survive much longer.

This picture was taken from(Pestsamurai.com)

There are many questions about ants in every human’s mind like how big the size of an ant can be if you think that way then you got your answer here. The largest and ever discovered is not now on earth, fortunately. And its name is Titanomyrma giganteum. This ant’s fossil reveals that Titanomyrma giganteum was almost 2.4 inches which is 6cms long, For comparison, the average size of the current ant species is 0.8 inches that are almost 2 cm. If you ever step on a colony of ants you see many ants on your leg in seconds imagine if Titanomyrma giganteum were still on earth what will happen to your foot.

Ants are quite the traveler. You can find them on earth almost everywhere on earth except Antarctica because Antarctica is too cold for ants. There are 1 species of ant that has invaded 6 continents. Known as Argentine ants. The hives of ants are literally swarming across the planet.

How Can Drones Help Your Surveying Business