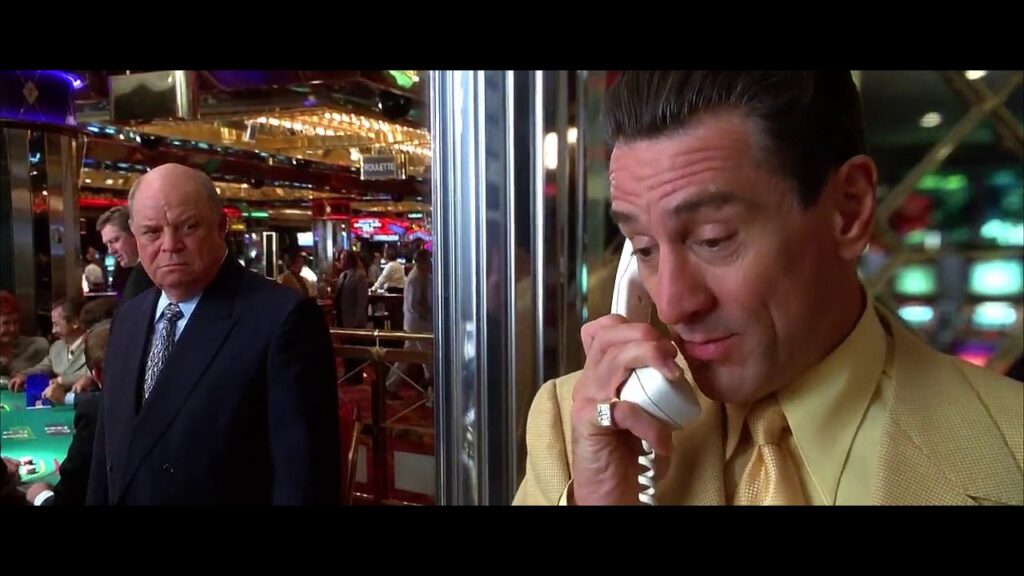 Now there’s a title that had to catch your eye. But when you think about it, there is a very distinct connection between Hollywood and casinos. Not only do casinos lend themselves to be an interesting location to stage a movie, but they also become even more interesting when the gambling floor becomes the location for a horror scene or two. Add to this the flipside – where some slot machines are adopting various violent scenes as part of the gameplay, and you quickly see a firm connection. Plus, when you strip it all down to the bare minimum, casinos generate massive amounts of money as so do good horror movies.

Let’s take a look at some of the best horror movies/scenes set in casinos.

Okay, admittedly this is not an old movie but it can easily be considered a classic from way back in the 1990s. It follows the story of a character named Dan O’Grady who returns to the United States after stealing gold from an Irish Leprechaun. O’Grady figures he’ll be well on his way to start a new life but soon discovers that a thoroughly ticked off Leprechaun has followed him to the US and is not about to give up until he retrieves his gold. As is the case with any good horror flick, there are sequels and in Leprechaun 3 we get to see a movie that is set in Las Vegas and the theme of casino gambling is an important element in the film.

Zombie movies are always good for the post-apocalyptic view they tend to take on the world as we know it. This film follows a group of survivors trying to keep at least one jump ahead of hordes of zombies. Set in Reno, the logical place to hide is in an abandoned casino. As the zombie army grows in strength outside, the casino setting becomes even more interesting as the survivors do whatever it takes to prepare for an eventual breach. There may not be a whole lot of gambling in the money sense in this feature film, but the theme of gambling exists with every decision made by the survivors. Don’t bet on an obvious ending with this particular one.

It sounds like some dirty dealing going on in this one. The story here begins with a character named Matthew Dragna who inherits his uncle’s old casino. Why? Well, he and a few of his pals have been doing rather well with their online gambling addiction in their home state of California. So they load up and hit the road to check out uncle’s casino. However, it happens to be haunted and not by your run-of-the-mill ordinary members of the undead. These ghosts are dead gangsters who have banded together to even the score like gangster ghosts tend to do.

In case you’ve lost count, this is the third installment of this movie franchise. It is set in a burned-out Las Vegas and who wouldn’t look stunning on the Vegas Strip in a post-apocalyptic zombie movie than the sexy Mila Jovovich? Slicing and dicing zombies who seem to have picked up super-human strength in the Nevada heat never looked better than taking place in front of recognizable, but abandoned casinos. The gambling theme is present, more so coming from the decisions the survivors make than activity on the casino floor. But you get the connection.

How can you discuss horror movies or horror scenes in movies without mentioning this gem? The movie centers around gambling expert handicapper Sam “Ace” Rothstein as he oversees the day-to-day operations of the Tangiers Casino in Las Vegas. There’s a love story mixed into the story along with mobsters, car bombs and a rather brutal beating that is administered by baseball bats in an Indiana cornfield, a shallow grave, and quicklime. If that doesn’t spell “horror movie” to you, it’s time you canceled your subscription to Netflix and started watching Disney.

Speaking of crime, this flick traces the life of Henry Hill who ends up interested in the criminal life and Mafia’s presence in his neighborhood while still a high school student. The movie also includes a love story, murder, and mayhem. There’s also gambling debts that are being collected, beatings and all the other good stuff you would expect from a movie based on true life gangsters and the turf wars that ensue. Henry eventually ends up in the witness protection program and the rest of the movie is up to you to see. Provided you know when to hold ‘em or fold ‘em.

7 – What Happens In Vegas

Maybe a curveball to some of you, but consider the story here. A young couple who do not like each other end up getting married in Vegas while in an alcoholic daze. That’s a horror movie according to our standards. Sure, there is a huge slot machine jackpot that plays a major part in the plot and a whole lot of scheming, lying and deceiving, but it is Vegas after all. A fun rental if you enjoy eye candy in the likes of Cameron Diaz and Ashton Kutcher, and who wouldn’t? They make this movie less of a gamble and more of a crapshoot if you know what we mean.

Video games are no longer the only outlet for horror movies to seep into outside of the movie theatre. You can find them in hundreds of slots, such as at the Old Havana Casino. When you consider that so many movies have included scenes shot in casinos, it only makes sense to see scary things on the gambling floor. Say it adds to the experience. Maybe that is true but one thing is a safe bet, casinos and horror movies will continue to be connected in one way or another. Now all Hollywood has to do is find a way to inject some life into golf and bowling.