5 Important Tips for Driving a Supercar 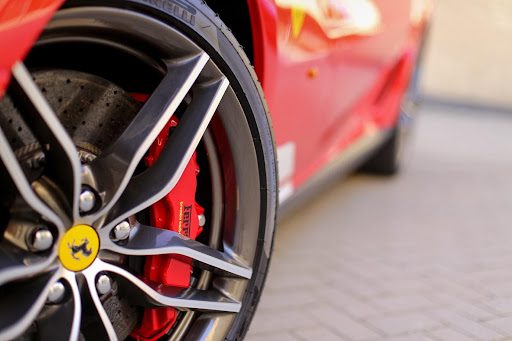 Have you ever dreamed of driving a supercar?

These high-performance cars are built by hand, often taking months of painstakingly detailed engineering and work just to produce a single-vehicle. That’s why these cars are so expensive. A low-end Ferrari costs at least $200,000.

1. Respect the Power of the Vehicle

Just because you played a few Formula 1 game on your PC doesn’t mean you’ll own the track where you’re driving.

Supercars are powerful vehicles, and you need to respect the power of the car. If you don’t, you’ll end up off the track in a few minutes.

Only 18% of Americans know how to drive a car with manual transmission. If you’re one of them, you’ll have an easier time learning how to drive a supercar.

If you don’t have a clue, you should take lessons on manual driving before getting behind the wheel of a McLaren or Porsche.

Supercars have paddle shifting, which is where the manual shifting happens on the sides of the steering column. This is for smoother shifting than working with a stick in the center of the car.

3. Figure Out the Buttons

Every car manufacturer has a different setup. Make sure you know what each button does on the car before stepping on the gas pedal.

You don’t want to get behind the wheel of the Porsche 911 and try to figure it out as you go. You’re likely to get into an accident because you hit the wrong button at the wrong time.

4. These Cars Aren’t for Cruising

If you’re fortunate enough to own a supercar, you’d be tempted to take it out for slow rides and show off your car. Driving slowly is good for when you’re learning how to drive a supercar.

Remember, these cars are built for high performance. It’s necessary to run the cars through their paces and get them on a track every now and again.

If you’re taking your supercar out of the road, you’re going to turn a lot of heads. People love to gawk at supercars, including cops.

They also assume that you’re going to use the available power on the road. They expect you to speed and weave through traffic. That will get you a ticket faster than you can get to 60 mph.

You’ll want to take extra precautions on the road. Assume that someone is watching you, whether it’s a cop or a traffic cam.

Driving a Supercar Is Exciting

It’s hard not to appreciate the design, care, and engineering that goes into a supercar. These special machines are so much more than an everyday vehicle. You have to treat them as such.

Driving a supercar starts with respect. You have to take the time to learn the power of the car and how to control that power. You’ll have an enjoyable ride as a result.

Check out the blog for more auto tips.