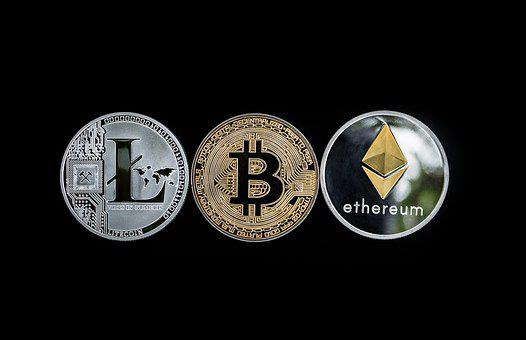 In this article, we’re going to cover 10 terms that everyone should know when it comes to cryptocurrency.

Blockchain is a digital ledger that records transactions made with cryptocurrencies. The system consists of blocks, which are connected to each other in a chain and cannot be altered.

Blockchain is decentralized and doesn’t rely on a single entity for its operation. This makes it more secure and open than centralized systems like banks or credit card companies, which can sometimes be hacked or compromised by internal threats such as employees stealing money from the company.

Tokens: “Tokens” is a generic term used to describe any cryptocurrency other than bitcoin, which represents the total value of a cryptocurrency.

A wallet is a place where you keep your cryptocurrencies. It’s important to keep your wallet secure and private because anyone who has access to it can steal your coins. Software wallets are generally easier to use, but hardware wallets are more secure because they store the user’s private keys offline. If you lose or forget the password for your paper wallet, there isn’t much that can be done except wait for luck or try using other methods (like brute force) to crack it.

When choosing a software wallet, choose one with good reviews and make sure they encrypt all of their data by default and use 2FA whenever possible. Many people choose hardware wallets like Trezor over software ones due to their increased security features; however, some prefer Electrum (software) because it supports over 200 Bitcoin forks!

Cold storage refers to keeping your cryptocurrency offline, whether it’s on an external hard drive or a paper wallet. Here are some of the most common cold storage methods:

A seed phrase is another way of protecting your wallet from outsiders who might be trying to access your accounts. It’s a list of words that can be used to recover a wallet, and it’s also called a mnemonic phrase.

A seed phrase is not only useful as an additional security measure but also as a backup of sorts. If you lose all other copies of the private key used by that specific cryptocurrency address (which includes both public and private keys), or if none are available for the particular cryptocurrency you’re using at the time, then this may be all that remains of them!

An address and key are used to identify your digital account and send money to it. The address is the public part of your account, which you share with others so that they can send you money. The key is a secret code that only you know; it allows you to spend the cryptocurrency in your account.

Addresses and keys are made up of letters and numbers, but they’re not the same thing—an address is just how other people find where their coins should be sent—but they often look similar because both parts use random strings of characters generated by cryptographic algorithms known as hash functions.

Though there are many types of wallets with different features, all wallets contain one or more addresses for receiving payments (which means they also have private keys associated with those addresses). You might have multiple accounts on exchanges like Coinbase Pro or Binance, but there should only ever be one public wallet address associated with them all (and thus only one private key).

A good exchange should have a wide selection of cryptocurrencies available for trading and be transparent about their fees and processes. It’s important to do your research and find out whether an exchange is safe to use before depositing any money, especially if you’re new to cryptocurrency investing.

Many exchanges allow you to purchase cryptocurrencies using fiat currency (USD) or another digital currency (for example, Bitcoin). Fees vary depending on the payment method used: some may charge higher fees when paying with cash, whereas others may cost more if you’re using credit cards or bank transfers rather than wire transfers from your bank account directly into the exchange itself (although these types of payments still typically incur lower rates than credit card payments).

A fiat currency exchange lets you trade in government-issued currencies like the dollar or yen for cryptocurrencies like bitcoin, Ethereum, Litecoin, and more.

It differs from a cryptocurrency exchange because one enables you to convert between fiat and crypto while another simply facilitates peer-to-peer trading of cryptocurrencies within a community of traders.

Fiat currencies are issued by national governments; they’re not backed by gold or silver but rather by government promises to pay their holders on demand. Currencies such as U.S. dollars and Japanese yen are examples of fiat currencies.

Cryptocurrencies are digital assets that utilize cryptography to secure transactions and control the creation of new units (or “coins”). Cryptocurrencies can be used as an investment asset class like stocks or bonds; some people also use them as a medium of exchange similar to paper money when transacting with others who accept their value as a payment method.

When you’re trading cryptocurrencies, it’s important to know how much exchanges charge for their services. Fees are charged when you buy, sell or trade cryptocurrencies. The spread is the difference between the bid and asking price; fees are typically charged as a percentage or flat fee but can also be calculated on a per-trade basis.

Exchanges generally have lower fees than traditional stock exchanges because they don’t need expensive physical locations like stock exchanges do—they just need servers running software that connects buyers and sellers around the world over the internet.

How much fees are charged depends on which cryptocurrency exchange you use, but most will offer lower prices than traditional stock exchanges because they don’t have expensive physical locations like stock exchanges do—they just need servers running software that connects buyers and sellers around the world over the internet.

You may also have heard of “Buy” or “Sell” walls on exchanges like Coinbase or Kraken—these are essentially limit orders waiting for buyers or sellers who want to trade with these companies at specific prices, respectively.